The Assassins – Suicidal Assailants of Earlier

What is the background of this oath of loyalty to Osama bin Laden which can be traced back to a tradition of Muhammad? A strong religious conviction mixed with a death wish although both the Koran and the tradition condemn suicide? What sort of Muslims are these who are prepared to sacrifice everything for their faith and their conviction? What does Islam say about martyrdom?

Who Were the Assassins?

The Assassins are a Shiite-Ismailite sect (another name for them is Nizari) that, in the Middle Ages, spread fear and panic for 150 years in the Near East. The Assassins are sometimes called the first terror organization in the history of the world.

In the spring of the year 1090, an Islamic preacher with the name Hassan is-Sabbah (died 1124) wandered through the Persian mountain country. He has been born into a Shiite family in the city of Gom and has taught the Muslim miners there his version of Islam: He spoke of the Imam (leader of the Muslim community) led by God and orally interpreted the Koran sura for sura and revealed its secret meaning for the unlearned populace. In his missionary ardor, he answered questions for the people that the orthodox dogmatism of Sunni Islam could not answer. Through his teaching and his manner of living and dealing with the people, he won acceptance among them. He spoke openly about injustice and oppression and, by means of his esoteric doctrine, attracted the people to him as if by magic. Thanks to his life as an itinerant preacher in the rugged Elburz Mountains of Iran, he was successful in the course of time in finding a refuge for himself and his followers. The Fortress Alamut (“Eagle’s Discovery”) in West Iran became from the end of the 11th century onwards for the next 150 to 180 years the center and place of instruction for the Assassins. Because of this hideout, Hassan is-Sabbah also was called “the Old Man of the Mountain”.

Here, Hassan is-Sabbah, who is described as a scholar (Arabic: Da’i), lived and worked. Along with continuing his intensive analysis of Islam, he is said to have possessed an extensive library with primarily philosophical works. In addition, he had knowledge of various natural sciences.

It was, however, not only that knowledge was collected in Fortress Alamut; rather, it developed into a training center for suicidal assailants (Arabic: fida’ii), those men who were sent on a secret journey with no return. The first specifically targeted murder was carried out by an Assassin on October 16, 1092, on the Vizier Nizam al Mulk, of Persia. The Assassins’ declared enemies were worldly rulers such as princes, generals, and caliphs. These led a life of riches and luxury, while other people suffered from hunger and lived in abject poverty. Nepotism and corruption were frequent and let the rulers accumulate even more power and wealth. The Assassins were of the opinion that these rulers were unjust sovereigns and, for this reason, had to be removed. Finally, the Assassins got so many adherents that also Sultan Salah ad-Din (Saladin) was afraid among his personal guards could be some Assassins. And indeed, two attacks on his life are reported (1174/75 and 1176).

Another target of the attacks were theologians and legal scholars who advocated Sunni Islam – while the Assassins were Shiites – and taught with the protection of and in dependence upon the rulers, and justified the latter’s power and wealth. On the death list of the Assassins also stood the Crusaders who, as protection against treachery, quite quickly began to wear chain-mail shirts. Two Assassins offered their services to Konrad of Montferrat, the ruler of Jerusalem, pretending to be monks and killed him on April 28th, 1192.

Through the tales told by Crusaders returning to Europe, the determination and courage of the Assassins became so well known that they became immortalized in minnesang. The name given to the assailants, Fid’ii (those who sacrifice themselves), was assumed 900 years later by the PLO and became the name of those who lost their lives in the struggle for an independent Palestine.

Along with the spread of his doctrine and the intervention in political events, Hassani-i Sabbah was successful in building an autonomous infrastructure in the Elburz Mountains among the more than 70 fortresses scattered over a large area, and in which the Assassins lived. They had their own currency and communicated with each other through a system of light signals and a kind of Morse Code.

Sacrificial Desire of the Assassins

In spite of the fear and terror spread by the Assassins in the Near and Middle East, they never carried out their murders The

indiscriminately, but rather always selectively. Civilians were not numbered among their victims; their death was not accepted as unavoidable. The driving force of their selective murders was the desire to help true, Shiite Islam in assuming power. It was their opinion that Shiite Islam had to be cleansed of its Sunni rulers so that the ideal Shiite theocracy could come into being. In this theocracy, there was to be no injustice any longer; the, in the Shiite view, existing spiritual desires were to be satisfied, and answers to the existential questions of life were to be given. It was, however, almost unrealistic to believe that this comparatively small group could attain these goals. But, Hassan is-Sabbah knew how to turn this utopia into a fanatic determination and a sort of obsession for martyrdom among his followers. One is instinctively reminded of Osama bin Laden’s words when he encouraged the pilots marked for death with the words: “Smile in the face of death, for you are on the way to Heaven.”

A true Assassin did not only face death with equanimity, but his survival after the attack would have been felt to be a distinct disgrace. The suffering of martyrdom became the moment of triumph, for whoever does not fear death can no longer be threatened by anything. To face death without any sign of fear was considered a proof of a great strength of belief and of a loyalty to the ideology of the Assassins. This created admirers, and the admirers became, in turn, potential suicidal assailants.

The Assassins, however, did not consider themselves to be murderers, but rather judges. Their court of judgment was the public domain. The intent was to disseminate fear and terror. Osama bin Laden possibly took over this idea, too, from Hassan is-Sabbah. For, Osama bin Laden addressed the following words to the attackers of September 11: “In the battle, fight like a hero whom this life has nothing more to offer. Call out loudly: ‘Allahu-akbar’, for the ‘Takbir’ [praise of Allah] fills the heart of the unbeliever with fear and terror.”

For What Does « Assassin » Stand?

The concept of “assassin” in many current European languages has the meaning of attacker or treacherous murderer. In their time, the Assassins were also called “Hashashites”, or simply “hashish eaters”. This concept was formed in the West especially by the Book of Wonders, the account of the travels of Marco Polo (1254-1324), who spoke of young men under the influence of opium who, on the instructions of Hassan is-Sabbah, awoke from their delirious state dressed in expensive clothing and lying in artificially prepared gardens, in order in this way to receive a foretaste of Paradise and its virgins. This glimpse of the “Hereafter” was intended to intensify the willingness to undertake a suicide attack.

Marco Polo’s report, however, cannot be verified historically through any substantial sources. The fact that the attacks or the indoctrination of the attackers occurred under the influence of drugs also cannot be verified, but on the other side, it would be possible. But, perhaps this permanent reference to the use of hashish among the Assassins is only an attempt to make understandable what is incomprehensible, and to suggest that only drugs or, perhaps, utopian promises could lead to such monstrous deeds.

Decline and Defeat of the Assassins

Assassins in the Modern Period?

After the attacks of September 11, 2001, the Syrian-born political scientist Bassam Tibi summed up the situation so: “We now, obviously, have to do with modern-day Assassins.”

Do parallels exist between the Shiite Hassan is-Sabbah and the Sunni Osama bin Laden? Who or what could be a connecting link?

Hassan is-Sabbah, as does Osama bin Laden, too, lived a secluded life in rugged mountain country accessible only with difficulty. It was the goal of both to erect an ideal theocracy. Both set for themselves the ideological goal of combating, through the demand for blind obedience and a complete willingness on the part of their followers to sacrifice and to obey, (Islamic) states who opposed their firm belief in an ideal Islamic theocracy.

It should be emphasized here that not every Muslim is to be seen as an Islamist or even as a terrorist and assassin. Islamism is only one form and facet of Islam. Islam is not to be equated with terror and suicidal attacks. The phenomenon of terrorism occurs not only in Islam.

In the global culture in which we live today, the West, too, must find ways and practical solutions for cultural exchange and life together with Muslim people and Muslim ethnic groups. This must occur, further, so that, through a willingness marked by sensitivity, there exists on the one hand an openness to engage people from other cultural spheres and, on the other hand, to set the limits for maintaining one’s own legacy. The problems of the future can be tackled only in concert with other people. For this, Muslims and Non-Muslims must find themselves eye to eye on the same level. 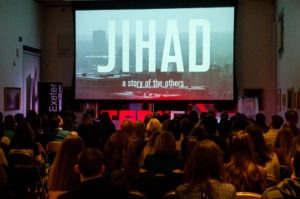 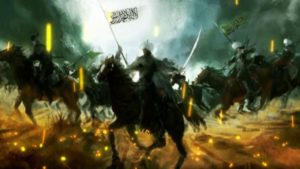 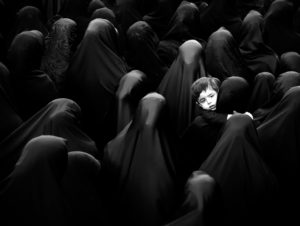